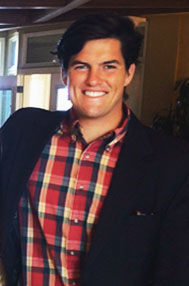 Coach Brower has returned to his alma mater in Tallahassee to lead the Seminoles’ Lacrosse Program to new horizons. Brower was selected by President Noah Dearman and his fellow executive board after a nationwide search.

Coach Brower was member of the FSU team from 2013-2017. He was selected as a Team Captain four times spanning between his sophomore season to his redshirt Senior year. In his rookie campaign, he posted 8 goals and 5 assists. In his Sophomore season, he put up 25 goals and 10 assists, earning him 1st Team All-Conference Midfield honors. After injuries ended his junior and senior seasons early, Brower returned for a redshirt fifth year to tally 24 total points. His offensive contributions and leadership propelled the Seminoles to their first MCLA National Championships appearance in a decade in 2017. Coach Brower graduated from Florida State with Bachelor degrees in both Sport Management and Business Management.

Prior to FSU, Brower was a standout midfielder at Ponte Vedra High School, a perennial lacrosse powerhouse in North Florida. Brower was a key member of Ponte Vedra teams that won back to back District and Regional championships in 2011 and 2012, as well as the school’s first State Final Four appearances in both respective seasons.

Coach Brower has worked alongside North Florida high school and club programs in both Tallahassee and Ponte Vedra the past seven years helping to grow and teach lacrosse to many area youth and high school players.

In a recent interview with Florida Lacrosse News, Coach Brower provided his thoughts on returning to Tallahassee as Head Coach-

“My passion for Florida State University and for the sport of lacrosse makes this a natural choice. It is a tremendous opportunity to give back to the university and the sport that have both given me so much.”

“Our initial goals are to create a spirit of team unity and competitiveness while bringing back excitement to the program. This begins with strong leadership from both our coaching staff and executive board. It’s our job to bring in great players and help develop them as teammates, students, and men. If we hold to these fundamental aspects of our historic program at FSU, our on the field success will follow suit.” 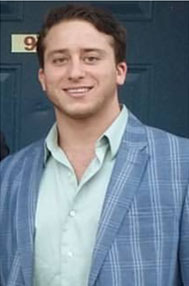 Coach Louis Albasi was born in New York City where he spent his younger years growing up. Later moving to Vero Beach, Florida, Albasi attended Vero Beach high school and was a four time letter winner for the Fighting Indians as a goal keeper. Albasi achieved back to back first team all-area goalie selections, and his team also won four consecutive district titles. During this time, Albasi posted a 72% career save percentage.

While attending Florida State University, Albasi chose a different path. Unlike many athletes who wanted to continue their playing career after high school, Albasi left four years of eligibility behind him and began his coaching career. Albasi is able to add a dimension of coaching that is important to the game; using his background as a player to demand the most while always implementing pride, growth, and effort in his coaching philosophy. With over eight years coaching experience, he brings expertise in a diverse aspect of the game.

Coach Albasi began his Tallahassee coaching career as an Assistant for the Maclay preparatory High School in 2011. After a successful three-year tenure with the Marauders, he transitioned to a larger role with Leon High School as their head coach. Starting his career as a goalie coach he quickly adapted to offensive abilities, and mindset. This has helped him become the exceptional coach that he is today. Albasi has had rapid success among the high school ranks, eventually earning All Big Bend Coach of the Year honors in his first season as head coach with the Leon Lions (2017). Leading them to their best season since the team’s inception in 2008 (15-5).

Albasi has been an integral part in growing lacrosse in the Tallahassee region for over eight years at every level while coaching with the Tallahassee Lacrosse Club, and later helping start North Florida Lacrosse Club in the Big Bend Area. Albasi stepped into a late offensive interim roll with the lacrosse team late last season (2018). Through his short stay with the team he proved he has what it takes to win. With a new light turning the corner at FSU lacrosse we welcome Coach Louis Albasi.