Friday night, the FSU Lacrosse Team welcomes back its former players for the 12th annual Alumni game. The alumni game is a yearly event where alumni of all ages return to play a competitive match against the current team. 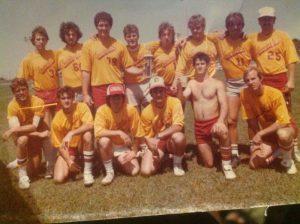 This year marks a special reunion for the alumni as we welcome back members of the 1982 championship team that went undefeated for the only time in school history. Back then, the team played in the Florida Lacrosse League since the MCLA didn’t exist and won every game on their way to the FLL Championship.

According to 1982 alum Pete Butler, “I used Facebook and other social media to track down as many members of the 1982 team as I could and was surprised at how many we got to return for this year’s alumni game.”

Captains for the game on Friday will represent all generations of FSU Lacrosse and include:

Jeff Goren, a 2006 graduate and All-American goalie who led the team to the final four of the MCLA National Championship tournament. That was the furthest FSU has ever gone in MCLA play. 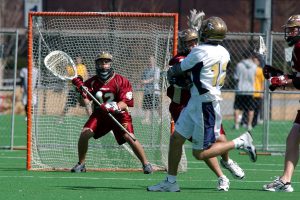 Pete Butler, a 1986 graduate and member of the 1982 Championship team will represent the 1982 alums. Pete has vowed not to take it easy on the current team.

Honorary captain and coach will be 1982 team member JJ Donovan. JJ is recovering from major surgery and cannot play but will lend his expertise on the sidelines.

The 2016-2017 team is 4 weeks into their Fall campaign and is preparing for another successful season in the SELC as well as a Championship run. The alumni game will give coach Jerry DeLorenzo a good look at his team as he prepares for Fall matches against Florida and the Pensacola Riptide as well as the upcoming MCLA season.

Face off is at 8PM on Friday night (Octover 14) at Harkins Field and we expect a fun and competitive game.